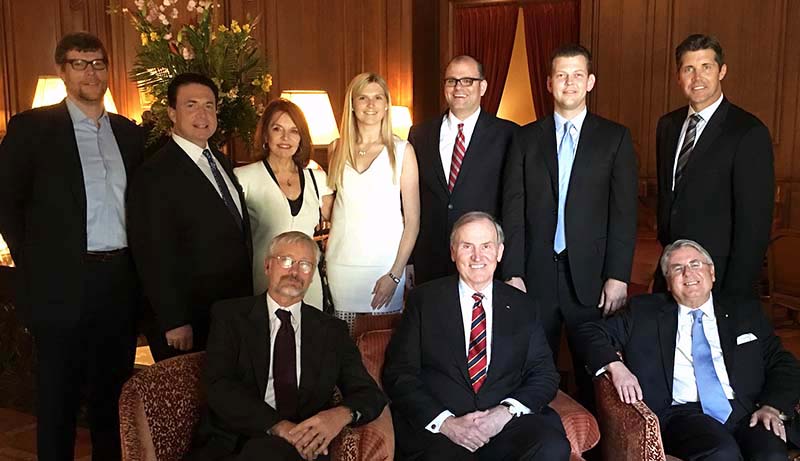 About the Chapter Co-Directors

Johannes Masserer’s lifelong passion is connecting people in meaningful ways. As Director of Membership at Jonathan Club, a private social club with a rich and progressive history, he is tasked with linking the dots into the future. For over 125 years, Jonathan Club has long reflected the warm and inviting character of southern California, making it an exceptional place for its diverse members. With two locations — one in downtown Los Angeles and one on the Santa Monica beach — Jonathan Club has been continuously building a better community.

Previously, Johannes worked at United Way of Greater Los Angeles, where he helped manage and grow the Tocqueville Society – possibly LA’s foremost group of philanthropists. Before that he directed business development and community relations at Patina Restaurant Group, where he was involved in many of Southern California’s premier events – including overseeing the Primetime EMMYS Governors Ball. He began his career at three Ritz-Carlton Hotels, starting out in New Orleans and moving to California after Hurricane Katrina.

Johannes has continuously been invested in select community, cultural and civic organizations. He serves as the director of the Los Angeles Warburg Chapter of the American Council on Germany (New York), and he is also the transatlantic liaison and a founding board member of United Way Germany (Berlin). He has previously served on several boards including American Red Cross (LA Region), Pasadena Museum of History and Rotary Club of Los Angeles (“LA5”), where he remains an active member and chairs the Berlin Committee.

Johannes holds degrees from Notre Dame (Mendoza), where he competed on the varsity fencing team that won the NCAA National Championship twice, and from Claremont Graduate University (Drucker).

Johannes is married to his college sweetheart Amy. Together with their sons Matthias and Andreas they reside in Pasadena in the San Gabriel Valley of Greater Los Angeles.

Nicolai M. Schwarz-Gondek is a partner in the Century City office of Sidley Austin LLP where his practice focuses on private equity, mergers and acquisitions, and other complex corporate transactions. Nicolai regularly represents private equity sponsors, family offices and other institutional investors in connection with mergers, stock and asset acquisitions and divestitures, and leveraged and management buyouts. He also advises target and acquiring companies (including the portfolio companies of private equity firms) on a broad range of merger and acquisition transactions.

Before joining Sidley Austin LLP, Nicolai was a partner in the Private Equity and M&A practice groups of O’Melveny & Myers LLP in Century City.  Prior thereto, he was a shareholder in the Corporate practice group of Stradling Yocca Carlson & Rauth, P.C. in Santa Monica and practiced in the Corporate Department of Skadden, Arps, Slate, Meagher & Flom LLP in Los Angeles and in the Mergers and Acquisitions and Public Company Advisory groups of Weil, Gotshal & Manges LLP in New York.

In addition to his practice, Nicolai is a lecturer in law at the University of Southern California Gould School of Law and serves as Co-Director of the Los Angeles Warburg Chapter of the American Council on Germany.