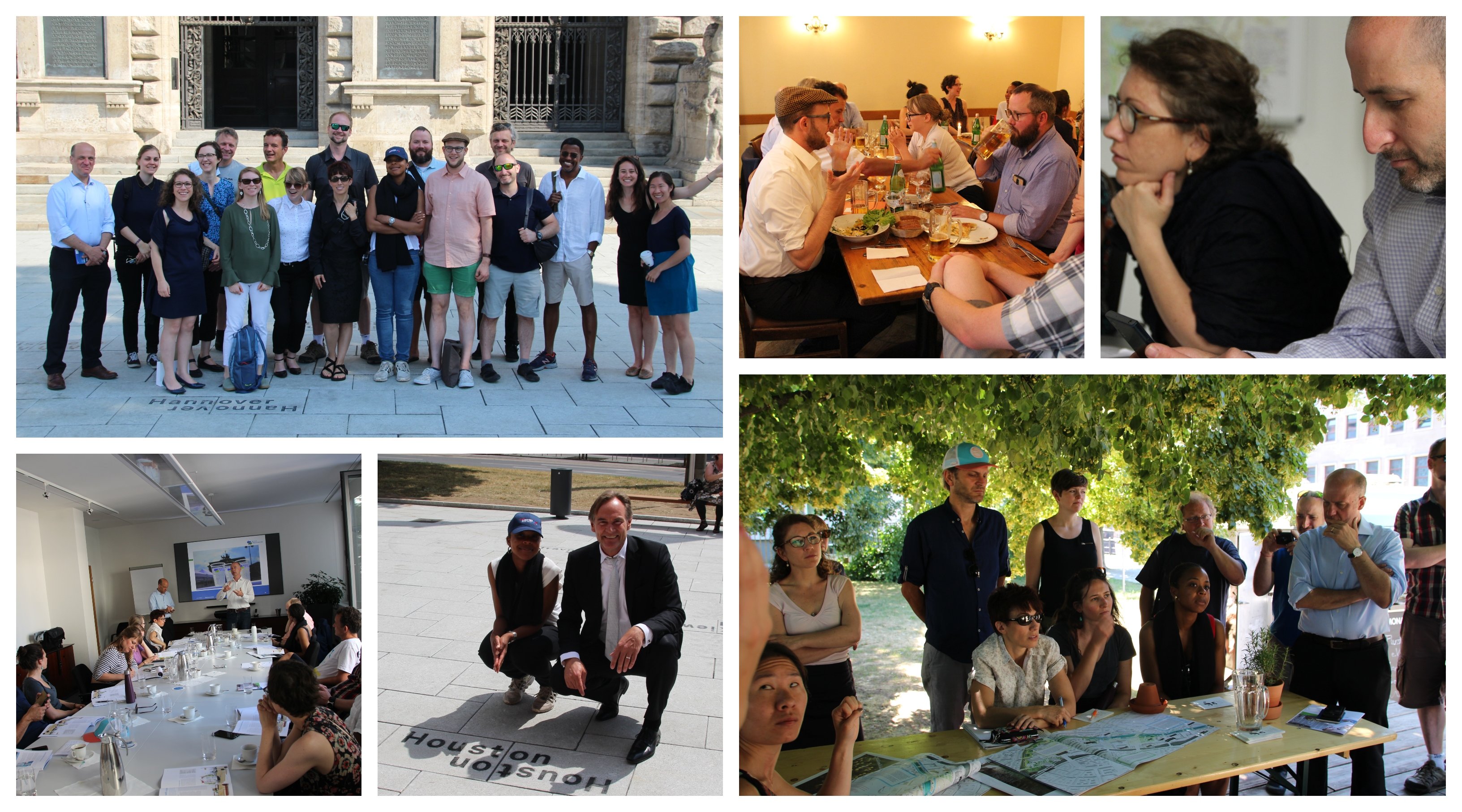 In late May and early June, 2018, the American Council on Germany launched an exciting new pilot project to look at sustainable urban development. At a time when the transatlantic relationship is under strain, the ACG convened experts in urban affairs from the United States and Germany for a weeklong, in-depth fact-finding mission to Berlin and Leipzig. From May 27 to June 2, the Sustainable Urban Development Study Tour brought together 17 urban affairs experts working at the state and local levels to discuss mobility, housing, water, structural change, demographic trends, and sustainability. This project was made possible through the generous support of the ERP Transatlantic Program, managed by the German Ministry for Economics and Energy, and the Robert-Bosch-Stiftung.

Participants included urban planners, transportation experts, energy entrepreneurs, and elected officials from New York City to Fairbanks, Alaska, and from the Oder River to the Black Forest. Each participant brought a deep commitment to sustainable urban development – and a unique vantage point. With the overarching theme of planning for the future, the group had the opportunity to meet with city officials, policy experts, practitioners, and local activists who strive to improve the quality of life in their communities. Through a mix of site visits and special briefings, the group had an immersive, behind-the-scenes view of various facets of urban development in Berlin and Leipzig.

In Berlin, the group had briefings with key representatives from government agencies, community and nonprofit organizations, and think tanks, including the Berlin Senate Department for Environment, Transportation, and Climate Change; the Deutsche Institut für Urbanistik (the German Institute for Urban Affairs); the Deutscher Städtetag (the German Association of Cities); the Berliner Wasserbetriebe (the Berlin Waterworks); Ecologic; and Berlin Partner. 2014 McCloy Fellow Tobias Schaefer, who works on water issues at the Grüne-Liga, took the group on an excursion from the historic harbor in the center of Berlin to the old village of Lübars on the periphery of what used to be West Berlin – by way of the Flussbad e.V., Museum Island, Nordbahnhof, and other interesting sites. Traveling by foot, bike, subway, tram, and bus, the group got a feeling for multimodal transportation in Berlin and gained deep insights into water planning, energy efficiency, urban cycling infrastructure, structural change, and more.

Leipzig proved to be a hidden gem for many of the study tour participants. Here, Tobias David, Chief of Staff for the Mayor of Leipzig, arranged meetings with elected officials, city planners, and experts who have helped transform Leipzig into a thriving city since 1989. The group was also able to tour the city’s waterways with the head of green and blue infrastructure and got to see how old brownfield sites have been redeveloped as recreational areas.

Lord Mayor Burkhard Jung announced the group when participants attended a City Council meeting. He also hosted a private lunch for them to discuss the challenges facing Leipzig – and also the opportunities.

Throughout the week, the participants discussed the issues their own cities face and exchanged best practices, all while establishing strong bonds. In the fall, the program participants reconvened in the United States to continue the dialogue and develop policy prescriptions for addressing common challenges.

This program is made possible with support from: