On May 6 and 7, 2018, the ACG and Atlantik-Brücke hosted the sixth annual German-American Conference at the Dirksen Senate Office Building in Washington, DC. The conference, “The Alliance in Question? The Transatlantic Relationship in an Era of Disruption,” addressed the challenges facing the German-American partnership with a focus on foreign and security policy, trade and economic policy, as well as the socio-political challenges of digital disruption and the dissemination of fake news and declining trust in democratic institutions on both sides of the Atlantic.

Through a series of lively exchanges, speakers discussed the state of the international order, European and American responses to the rise of China on the world stage, automation and the future of work, transatlantic trade and investment trends, as well as the rise of populism and political polarization on both sides of the Atlantic. Participants came away with new insights concerning the state of the transatlantic alliance and the importance of continued dialogue – particularly when relations are fraying.

John B. Emerson, Chairman of the ACG and former U.S. Ambassador to Germany, opened the conference by calling upon the attendees to determine their own personal action items to help contribute to the continued vitality of the transatlantic relationship.

Edward Luce, Chief U.S. Commentator for the Financial Times and author of “Retreat of Western Liberalism” set the stage for the conference by posing the many questions currently facing the international order and the transatlantic relationship. A panel discussion on China as a common challenge for Europe and the U.S. included Dr. Oriana Skylar Mastro, Jeane Kirkpatrick Visiting Scholar at the American Enterprise Institute, Dr. Norbert Röttgen, Member of the German Bundestag (CDU/CSU) and Chairman of the Foreign Affairs Committee, Dr. Eberhard Sandschneider, Head of Political Research on China and East Asia at the Freie Universität Berlin, and M. Hanscom Smith, Acting Director for China and Mongolia Affairs in the Office of East Asian and Pacific Affairs at the U.S. State Department.

Klaus-Dieter Frankenberger, Foreign Editor, Frankfurter Allgemeine Zeitung, moderated a conversation withDenis McDonough, Senior Principal at the Markle Foundation and former Chief of Staff to President Obama, about some of the pressing global challenges including refugees, automation and AI, and the rise of China. 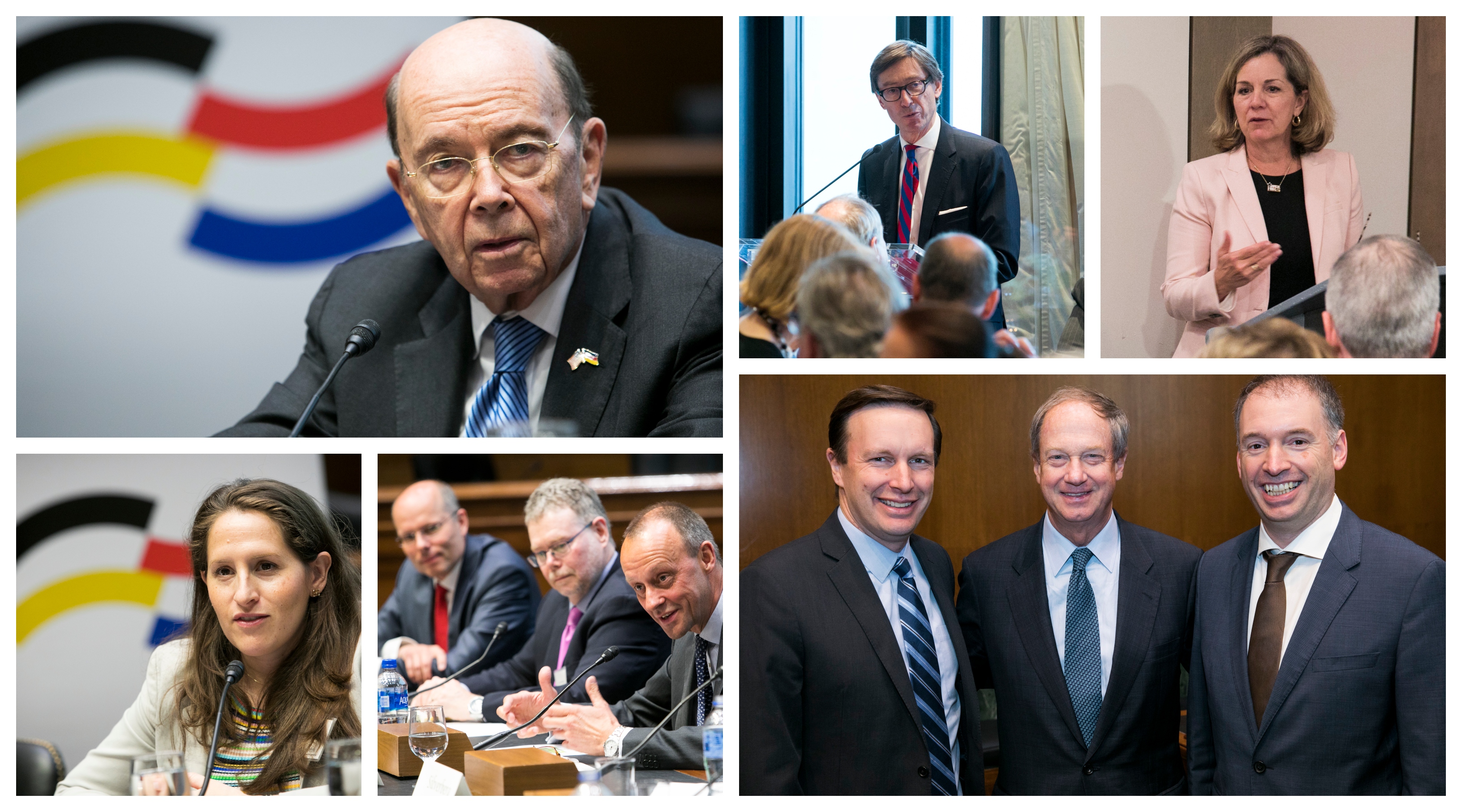 Peter Beyer, Member of the Bundestag (CDS/CSU) and Coordinator for Transatlantic Cooperation in the German Foreign Office, Ambassador Kristen Silverberg, Managing Director of the Institute of International Finance and former U.S. Ambassador to the EU, Donatus Kaufmann, Member of the Executive Board for ThyssenKrupp AG, and L. Daniel Mullaney, Assistant United States Trade Representative for Europe and the Middle East provided a lively discussion on transatlantic trade and economic nationalism.

Friedrich Merz, Chairman of Atlantik-Brücke, then held a discussion with Secretary of Commerce Wilbur Ross on U.S. trade relations with China as well as the European Union.

The concluding panel with Tanit Koch, Journalist and former Editor-in-Chief of BILD and Dr. Charles Kupchan, Senior Fellow at the Council on Foreign Relations and Professor of International Affairs at Georgetown University, focused on the stability of democratic institutions considering eroding trust in media and other government institutions.

The conference concluded in the evening with a reception and dinner at the residence of Ambassador Peter Wittig and a discussion with Walter Russell Mead, Distinguished Fellow at the Hudson Institute and Global View Columnist at The Wall Street Journal.