Phoenix: The Economic Chances of an Energy Transition

On Tuesday, January 10, the Phoenix Warburg Chapter and the East Valley Chapter of Citizens Climate Lobby, will host a reception and panel discussion with

Our climate is changing, impacting energy and energy planning. Future challenges are already being addressed in different ways around the world and here in Arizona. On January 10, 2017, with a new federal administration in place, we will be presented with a timely opportunity to look toward Arizona’s energy future. Globally, we see cities, states, tribal communities and countries all actively choosing to participate in decisions that impact our climate and shared future. Dr. Claudia Kemfert, Berlin’s Hertie School of Governance, will start the conversation by delivering Keynote remarks on “The Economic Chances of an Energy Transition” from Germany’s ambitious approach embracing renewables while planning to decommission nuclear reactors by 2022. The panel will span this range of perspectives, allowing the panel to address timely questions such as the fate of the Clean Power Plan and the level of city and state leadership needed to address community resilience to increasing risks.

Prices for attendance can be found at the website below.
RSVP here by Wednesday, January 11. 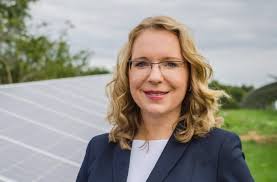 Professor Dr. Claudia Kemfert has been Professor of Energy Economics and Sustainability at Berlin’s Hertie School of Governance since 2009, and Head of the Energy, Transportation, Environment Department at the German Institute of Economic Research (DIW Berlin) since April 2004. Her research activities concentrate on the evaluation of climate and energy policy strategies. In 2016, Dr. Kemfert was appointed by the Federal Ministry for the Environment, Nature Conservation, Building, and Nuclear Safety as a member of the German Advisory Council on the Environment. She advised EU President José Manuel Barroso in a High Level Group on Energy and Climate. Dr. Kemfert was awarded as a top German scientist by the German research foundation Helmholtz and Leibniz Association in 2006, received the German Environmental Management Association’s (B.A.U.M. e.V.) environmental award for best science in 2011, and received the German-Solar-Award  and the Adam-Smith-Award for Market-Based Environmental Policy in 2016. In her 2013 book The Battle about Electricity, she describes the myths of the energy debate. She was appointed by Norbert Röttgen (CDU) as shadow minister for Energy in North Rhine-Westphalia in 2012 and by Thorsten Schäfer-Gümbel (SPD) as an energy expert in Hesse in 2013.