The goal of the Community Town Halls was to engage new audiences in a conversation and a genuine exchange of ideas about the transatlantic relationship, highlighting the deep political, economic, and social ties and common challenges that impact the citizens of both countries globally and locally.

InsightDeutschland Community Town Hall took place in Boise, Idaho, Phoenix, and Salt Lake City. The Town Halls targeted younger and mid-career professionals, as well as undergraduate and graduate students at college campuses in the communities and consisted of interactive sessions — storytelling (personal narratives), TEDx-like presentations, panel discussions, debates, talk show-style interviews, workshops exploring concrete ideas on how the communities can increase engagement with Germany in the future, and cultural activities – over one and half days.

The InsightDeutschland Town Halls took place between March 2019 and continue and October 2019.

On March 8 and 9, in Boise, Idaho, the ACG hosted the first InsightDeutschland Weekend Town Hall: A Conversation with Idahoans about the German-American Relationship, the first of several community town halls  that will be held as part of the Deutschlandjahr USA. With support from the Frank Church Institute at Boise State University, roughly 100 Idahoans gathered for a series of conversations on Germany, Europe, and the transatlantic partnership. The event began on Friday evening with a meal of traditional German food, a screening of the German comedy “Goodbye, Lenin!” (which depicts the heady days in the run up to and months after November 9, 1989), and a discussion about the fall of the Berlin Wall and contemporary Germany. 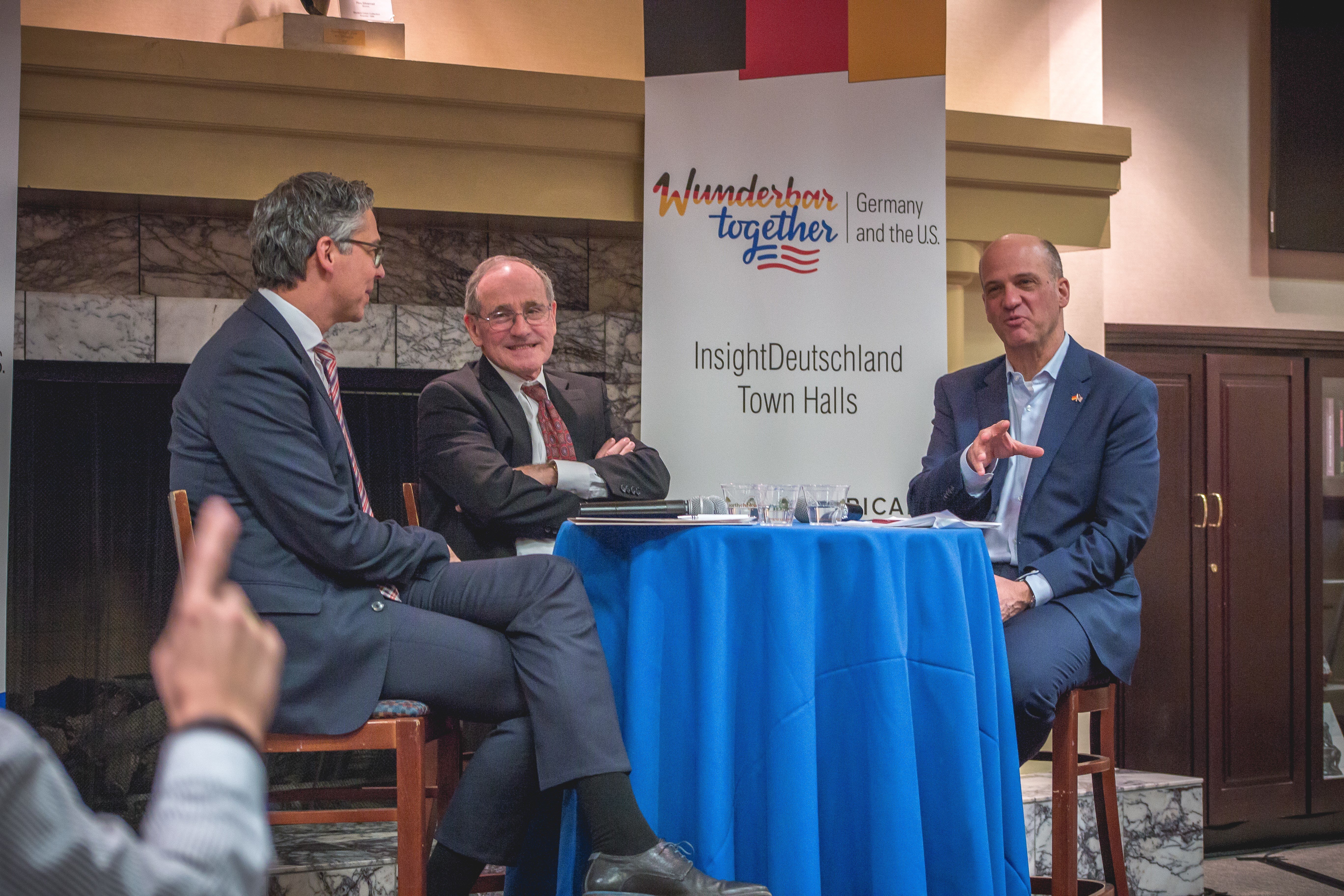 During the course of the day on Saturday, conversations were held local experts, such U.S. Senator Jim Risch, Mayor of Boise Dave Bieter, Tom Kealey, the Director of the Idaho Department of Commerce, as well as German participants: journalist Ines Pohl, Executive Editor of Deutsche Welle; Bundestag member Alexander Kulitz (FDP); German diplomat Ricklef Beutin, Visiting Fellow at the Center for Strategic and International Studies; and Kristian Wolf, the President and CEO of the German-American Chamber of Commerce in San Francisco.

October 4 and 5, the ACG hosted a similar event in Phoenix. Matthew Karnitschnig  and Alexander Kulitz were joined by Bundestag Member Metin Hakverdi (SPD) and Stormy Mildner from the German Federation of Industry. Local speakers included Doug Bruhnke, CEO and Founder of the Global Chamber; Ambassador Edward O’Donnell, Professor of Practice at the The McCain Institute at Arizona State University; and, McCloy Fellow alumna Cynthia Seelhammer, Local Arizona Government Manager, among other. Panelists discussed current German politics, the economic and business ties between Germany and the United States, as well as the foreign policy challenges facing Europe and the U.S.